It seems every time I take a wander through one of Guangzhou’s urban villages, I stumble on something new. This time I saw resident after resident burning incense, gold ingots made of folded paper, food and alcohol outside the doors to their homes. 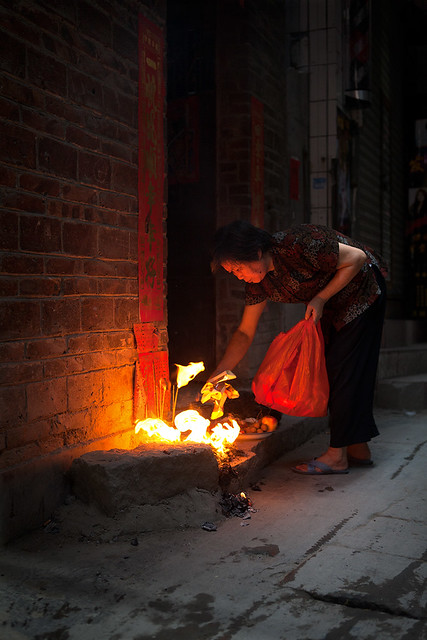 It turns out they were following the rituals associated with the Chinese Ghost Festival. On the 15th day of the 7th lunar calendar month, it is believed the spirits of the dead return from the depths to once again roam the human realm for one day. Locals offer burnt offerings and food as gifts for the dead. This is quite a meaningful day as unlike Tomb Sweeping day – another similar festival – offerings are made to all deceased, not just older family members who have passed into the afterlife. 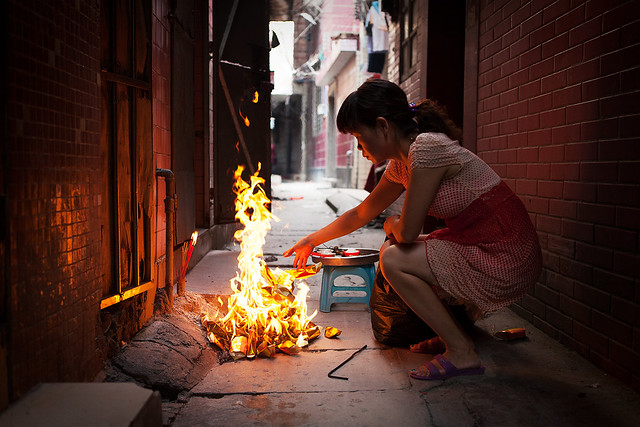 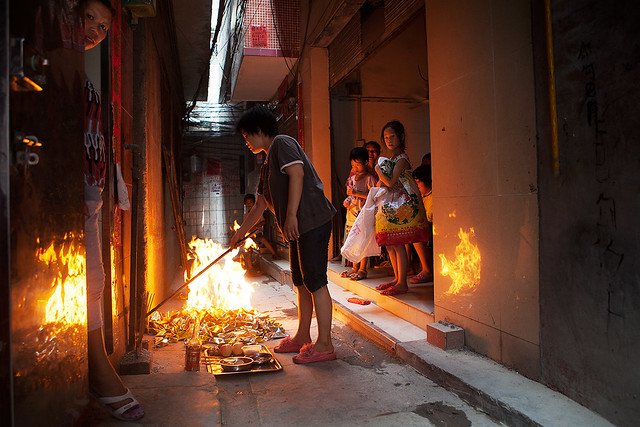 Actually the day the festival is celebrated is an indication of a person’s background. In the urban village I wandered through on the day, almost all residents are migrant workers from outside Guangdong province, and so they make their offerings on the 15th day of the 7th lunar month. Cantonese, on the other hand, tend to celebrate the festival on the 14th day. As ancestor worship is an important part of traditional Chinese culture, it’s not uncommon to see people making burnt offerings to the dead throughout the year, as with this woman in Xiancun urban village last year: 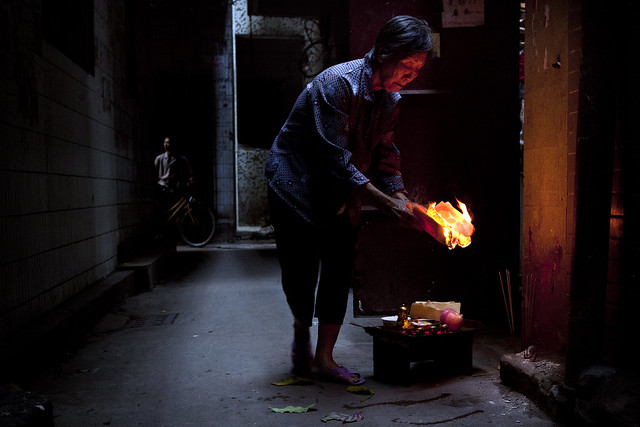 Try as they may to stamp out traditional religious practices and replace them with their Marxist ideology, the Communist government has failed in their attempts, finally giving in and allowing various religions to be (somewhat) freely practiced on the mainland. Although I’m not a fan of religion overall, I think losing such a central part of a nation’s culture would be a sad thing indeed – it not only brings colour to a culture, but it gives people like me the chance to capture some interesting images to share. For that, I am thankful!