Home » Advice » A simple but magical trick for food photography…

A simple but magical trick for food photography…

Last month one of my jobs was to take photos of some new dishes for a Saigon restaurant called Indaba. The photos were to be used in a print advertisement promoting this month’s special dishes, as they change some items in the menu month by month to keep things fresh.

One of the dishes was a thick, juicy steak (and when I say thick, I mean THICK).

I’ll be honest, as I was shooting the dish, I wasn’t feeling it. There was something missing.

I quickly realised it was that the steak had dried out a little, leaving it looking flat and unappetizing in the shots. So I called on the chef to provide me with the closest thing to a magic wand I could think of: melted butter!

A few light brushes with melted butter, and food takes on a lustrous sheen which catches the light and makes dishes pop just that little bit more. The sparkle and juicy look it adds can really lift the dish in the photo. 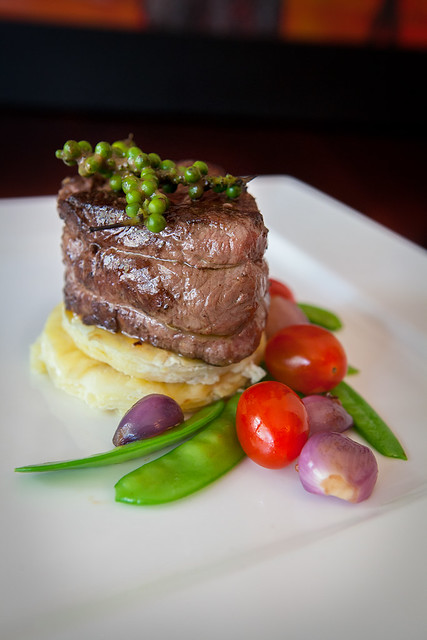 I shot the other dishes before the steak, and so I didn’t use any liquid butter on those ones, although now that I look at the shots again, I think the salmon could have done with just a little. Last thing you want is for fish, chicken or meat to look dry. 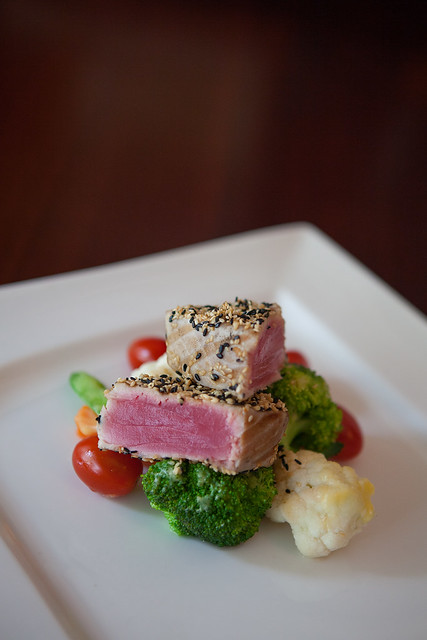 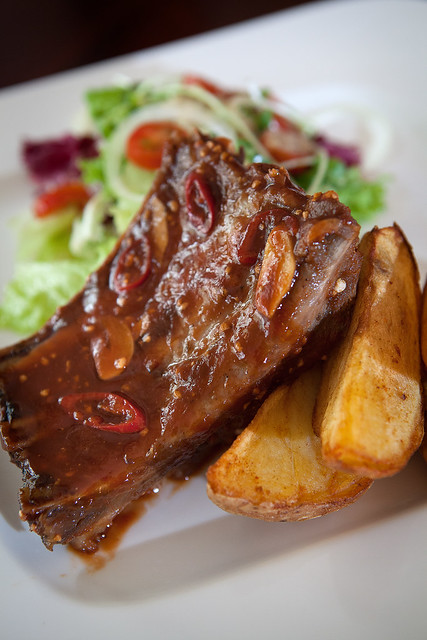 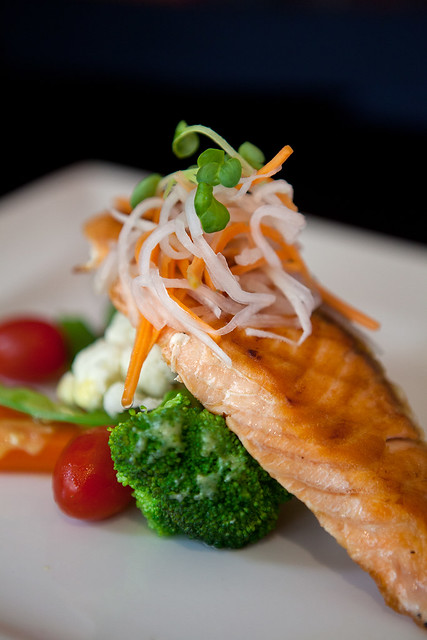 Ideally, shooting quickly will have the food looking its best, but in the case of unforseen delays, something as simple as a little olive oil or melted butter can work wonders!

There are thousands of simple ideas like this to add that little extra zing to food photos. One I like is to take a spray bottle with you. Fruit, vegetables and salads look so much fresher with a mist of tiny water droplets that catch the light (a bit like on the tomato in the photo directly above), and a quick spray makes all the difference.

If you have any food photography tips to share, you’re more than welcome to share them in the comments section below!