One assignment for this month’s issue of Oi Vietnam that I was happy to do was on a young graffiti crew called Sons of God. For details, be sure to check out the article in the June issue either by viewing it online or by downloading the PDF version. 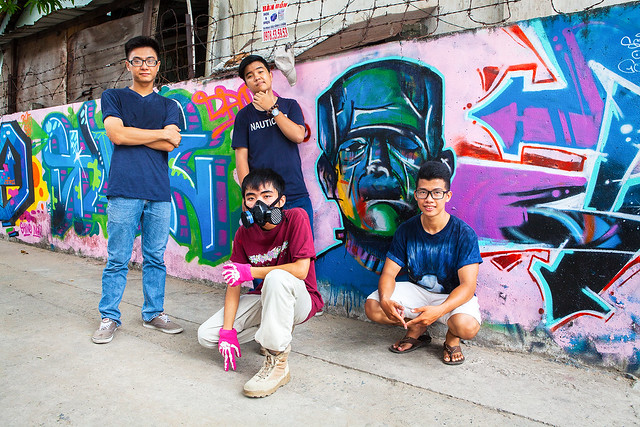 They were great guys and I had a nice lunch with them (their treat) after the shoot. Meeting people like these guys is one of the best things about the job – they’re nothing like the stereotype most people would have of a graffiti crew, and it’s interesting the different dynamic street art has here due to the difference in how it has developed and some of the existing cultural factors.

All in their last year of high school, graffiti has given Sons of God an outlet to express themselves and being part of the crew has given them a sense of belonging when their peers have not always been so accepting.

When I went to see their work, they were in the process of completing a wall they had been given permission to work on, but there was still conflict with local residents despite the fact that everything had been arranged with local authorities. 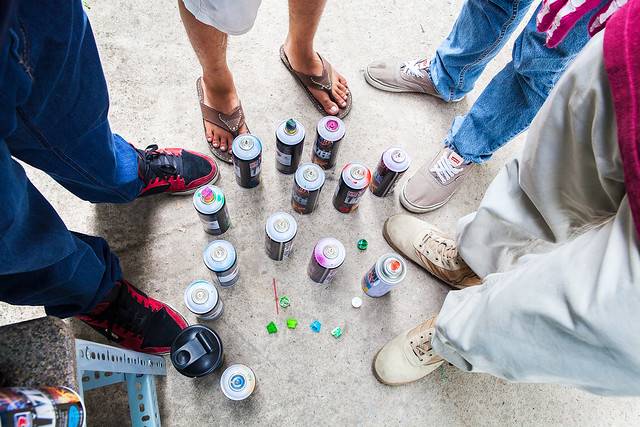 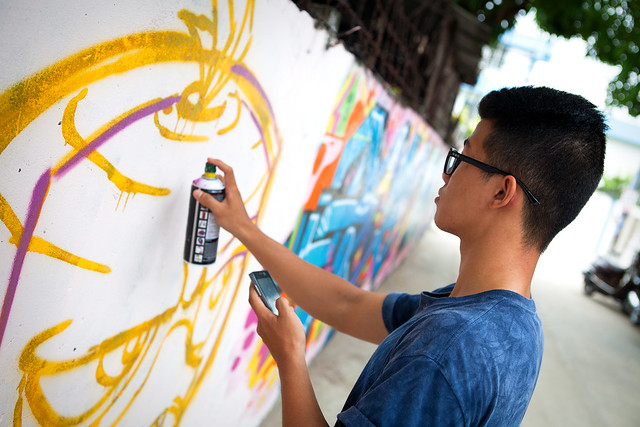 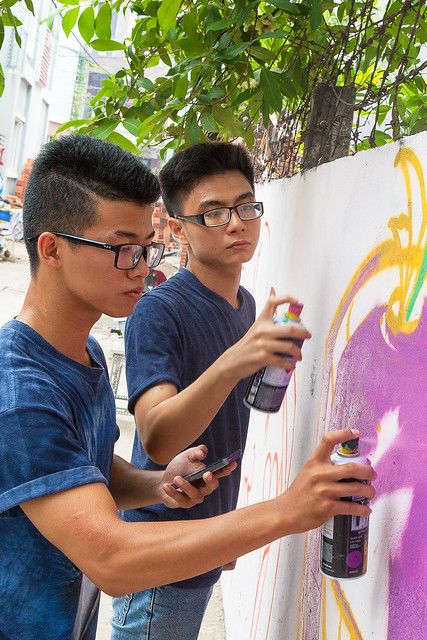 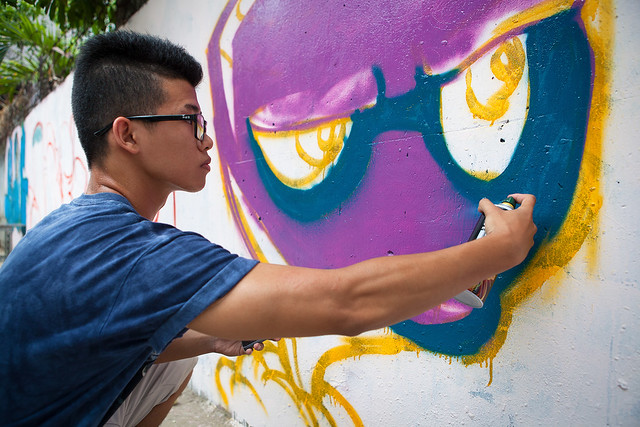 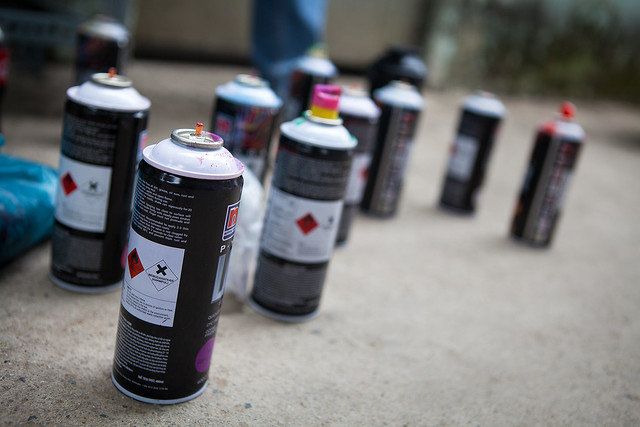 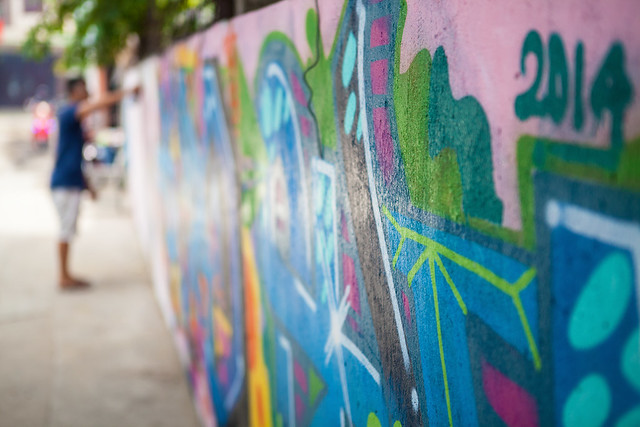 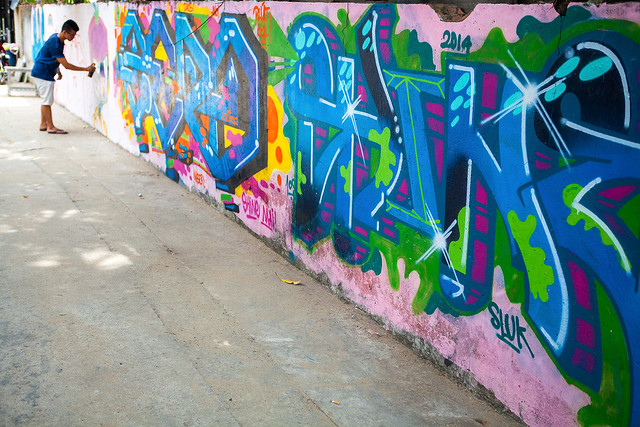 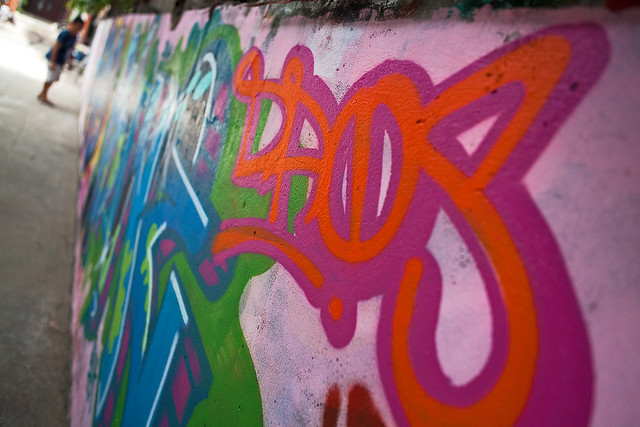 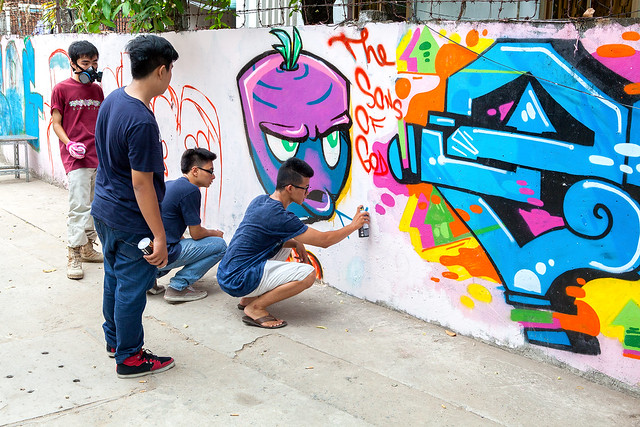 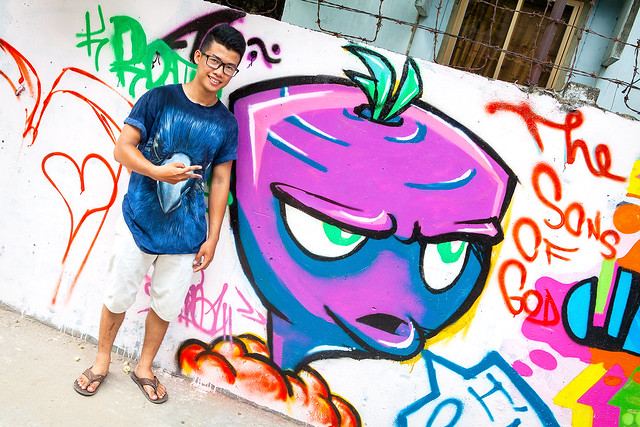 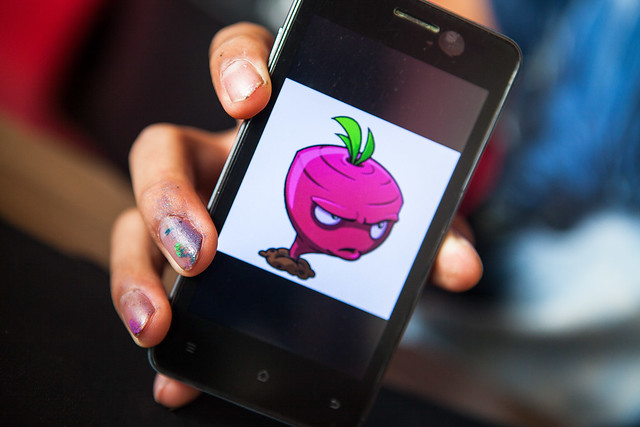 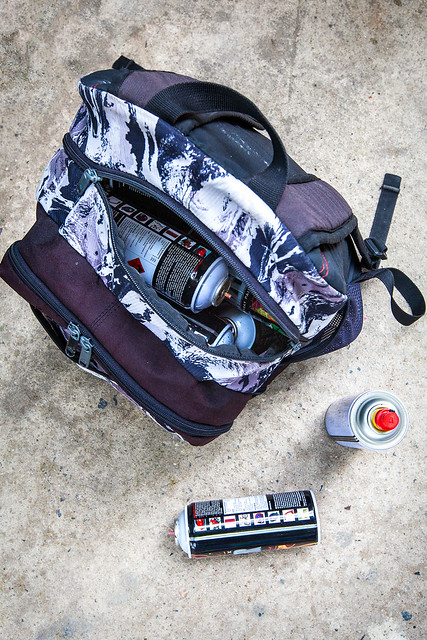 ← Dinner With Locals in Saigon Parkour and acrobatic madness in Saigon →